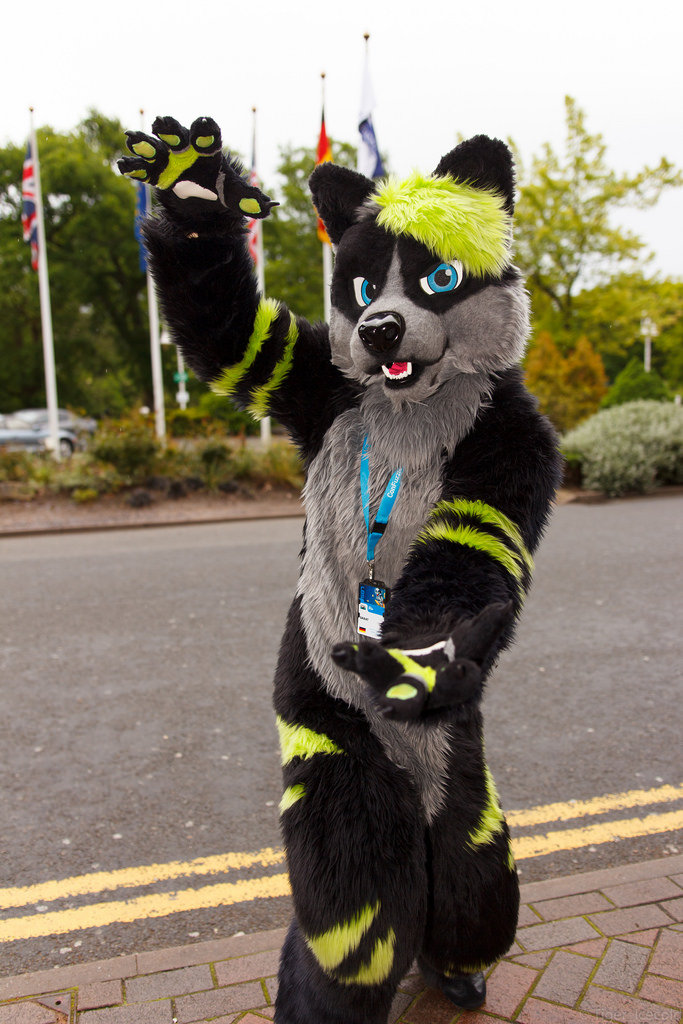 Skrat Hatchi (titeled as "German Skrat") is a fursuiter, who lives in Schleswig-Holstein Germany. His Fursona are a neon green Striped Husky-Wolf mix with the base colors black and grey.

Skrat is most well known for his dancing feats and youtube videos - and pics. He loves to visit Con´s and meetings in Europe and the US States. His Fursuit is createt by Neonfurstudios ( owned by Hanouk) in Germany.

Some people mistake him as Skrat (Kilian Kray) from the US States. So they gives him the titel "German Skrat" to fix it.